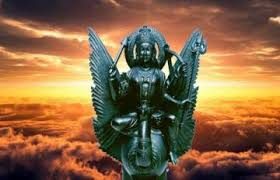 (Blog written in both English and Hindi)

Wishing you all a beautiful and blessed Shani Jayanti , Vat Savitri Fast and Shani  Amavasya… ( 22 May 2020)..

Shani Amavasya or Shani Jayanti is celebration on the Amavasya tithi (day) of Jyeshta month in the Hindu Lunar Calender. This year Shani Jayanti / Amavasya is falling on the 22nd of May 2020. The day is celebrated as the birth day of Shani dev…

Shani dev was the son of Lord Surya (Sun) and Devi Chaya ( she was the shadow of  Sun’s wife Sandhya. Sandhya was a devoted wife and bore three children (Vaivasvata Manu, Yama and Yami) to Lord Surya but could not handle the scorching heat of Surya. Sandhya wanted to do penance to expiate the excessive heat from her body due to Lord Surya and therefore creates a shadow of her Chaya and asked her to be in the palace in her absence. Sandhya then goes to her fathers place i.e. Lord Daksha’s place but hearing her story, Daksha asks her to go back to Lord Surya. She leaves her fathers house and takes the form of a horse and goes to the jungle to do her penance.

Back in the palace , Chaya who lives as Sandhya gives birth to three children  ( Manu, Shani and Tapti)… Chaya was an ardent disciple of Lord Shiva and often would do prayers of Lord Shiva without food, water in the scorching heat. As a result of this , the color of  Shani’s body turned black in the womb. After Shani Dev is borne,  Lord Surya sees him and keeps doubting his parentage because of his color. Lord Surya would often insult his wife Chaya in front of Shani Dev and this would not go well with Lord Shani. The onslaught of insults puts Lord Shani in a rage an the curses his father to turn black…With Sun turning dark, there is darkness all around the universe.. Lord Shiva then appears in front of them and explains what took place and why the color of Shani Dev is black.

Lord Surya then apologizes to his wife and Shani but the scars remain. Due to this lack of trust and respect for each other, it is said that Lord Shani ( ruler of Saturn)  and Lord Surya ( Ruler of Sun)  do not get along with each other.

Lord of Divine judgement Shani Dev’s and his lame leg :

Devi Chaya, the mother of Shani dev was an ardent disciple of lord Shiva. one day while offering her prayers , Shani dev got hungry and started asking for food from his mother Chaya. Devi Chaya told him to wait till she completes her prayers but the hanger pangs were high and Shani dev got angry at his mother and hit her with his leg.

Devi Chaya was in her meditative state and her Electrifying energies block Shani Dev’s leg and his leg becomes dysfunctional. Looking at his leg he realizes his mistake and seeks forgiveness from his Mother and Lord Shiva…

After a lot of penance , Shani Dev is blessed by Lord Shiva , his Guru ; who then blesses him with Divine wisdom and judgement to understand any situation deeply and then make a judgement. By the blessings of Lord Shiva, Shani Dev is also given the responsibility of being the Lord of Divine Judgement…

Shani dev further asserts that anyone who respects women and takes care of their mother will never be cursed by Shani Dev’s sight / Drishti. ..

If you have been under the impact of Saturn Sadesaati or Saturn Dhaiyya then this is a great day to appease Lord Shani and expiate negative aspects of Saturn.  Saturn is transiting in its own sign of Capricorn but is in retrograde movement at the moment .

The zodiac signs or Moon Rashi’s that will be most impacted in this year are Scorpio, Sagittarius, Capricorn, Aquarius , Taurus, Gemini, Virgo and Libra. People born under the influence of these moon signs should take extra measures to appease Shani Dev in this year.

one can also chant the following Saturn mantra :..

Both the aforesaid mantra should be chanted 108 times each…..Any offerings to Shani Dev is done late in the evening..

In the morning , it is very auspicious to take holy dip in the Holy rivers and in doing Tarpan ( water with sesame seeds is offered to them in the morning)  for your ancestors helps in expiating their blockages and brings them Moksha (Divine Bliss) .

This also helps in negating the Pitrudosha in one’s life that one is often borne with and can be checked by one’s horoscope. Pitrudosha can create various obstacles, illness, anger, animosity in between family members, debts, crisis, disharmony in life.

.In the evening , light an earthen lamp filled with mustard oil in the open terrace or balcony of your house .

Keep a handful of rice grains and put this earthen lamp on top if it.. the light should be facing South direction. when you light this lamp , sink of your ancestors and seek their blessings.

Doing charity today on the name of one’s ancestors helps in cleansing their karmic debts and also in building your good fortune. 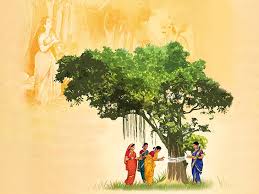 Vat Savitri fast is observed by married women in Northern India to protect their husband from any negativity in life and to bring in longevity and good health in their lives. It is a fast taken for the wellbeing of their husbands and for the well being of their children..Offering food to needy people and seeking blessings of Goddess Savitri helps in bringing good fortune and protection in one’s life.  the fast is a strict fast with no water and food taken all through the day.

The story of Satyawaan and Savitri is read and blessings of Yamraj is also sought. Women seek blessings from ‘Vat’ tree where it is believed that all the three Gods , Brahma, Vishnu and Mahesh reside.

They tie the Holy thread around the tree praying for wellbeing of their husband and children.

Overall its a beautiful day to follow charitable activities.

Also mediating today and sending healing light to all the ancestors and to all  the sentient beings of the earth cleanses one of deep karmic debts and also brings love and light in his/her life.

Have a beautiful day…! 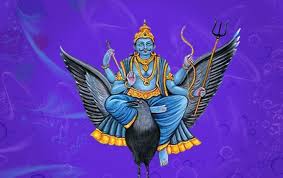