Tarot is a beautiful mystical science which is as enigmatic in its origin as in its predictive patterns. A set of 78 beautifully designed picture cards when meditated upon can provide you with such in depth study and answers to your problems that one is but amazed by the mysticism that surrounds it.

Nandita Pandey’s first encounter with the cards took place almost more than a decade and half ago. The deck which was in front of her in a book fair was radiating such enormous energy that she got glued to them and picked them up. The moment they were in her hands, there was a magnetic energy that she could feel around her…

Standing there in a trance like state, she felt sparkles and light around her, as if the Angelic world was present there to bless her and the deck. Slowly the deck opened and she got goose bumps for as a child she had often seen these pictures in her dreams, not really knowing at that time what they mean and what was their significance. This probably was another heavenly message to her to take this journey further.

It was a beginning which was never to end… the beautiful and mystical world of Tarot had opened up to her, proving its hidden meanings and nuances… Both the Divine Tarot and the Divine Supreme Grace was by her side helping her from one reading to another… She considers Tarot to be her extended Soul and through the help of them has become a co creator of her own destiny.

Soon columns in magazines, and TV shows came to her lap. She was ready to prove their mettle to the world and has been so far extremely successful in doing so.

Statistically, her readings boast the highest number of predictions made in TV Channels and also has been blessed with the highest rate of accuracy (95%) in predictions on national and international events so far.

In matches like cricket where the game changes with every ball, She has also been popularly known as the “Cricket Champion of Prediction” for has the highest number of predictions on the game made in various TV News channels. In a 20-20 world cup final in between India and Pakistan she has said even before the match had begun that India will win the match with a margin of 1-5 runs and India won by 5 runs.

Similarly in another IPL finals the following year, she gave predictions LIVE on the show predicting who will be out next and how.

These hair raising forecast have been made through understanding the world of Tarot and by interpreting their messages.

According to her Tarot is a world in its own and has multifarious usage. On one hand it acts as a guiding science and helps one in understanding what lies ahead, what are one’s limitations, what challenges one will have to meet etc etc… and on the other hand can help one in healing their life in all the planes, be it physical, mental, emotional, spiritual, materialistic, financial planes.

According to Nandita, Tarot energies live in the fifth dimension of consciousness and have extremely powerful energy healing patterns and vibrations. They leave behind time and space to travel back and forth and provide one with the guidance which is of utmost importance to them. At times they even answer the queries which the querent has not even asked for they feel that it was more important at that point of time.

Tarot says Destiny is nor Definite…. It can be upturned or changed by one’s karma in life and the choices one makes in life. That is why Tarot is considered to be a Guiding tool for achieving happiness and harmony in life. 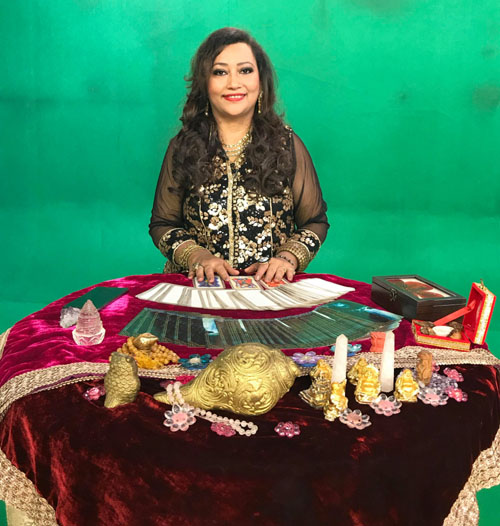 "An internationally renowned Tarotloger, she has been blessed with an accuracy rate of 99% in her predictions.
All Forecasts have been made in prominent Indian TV News channels..." 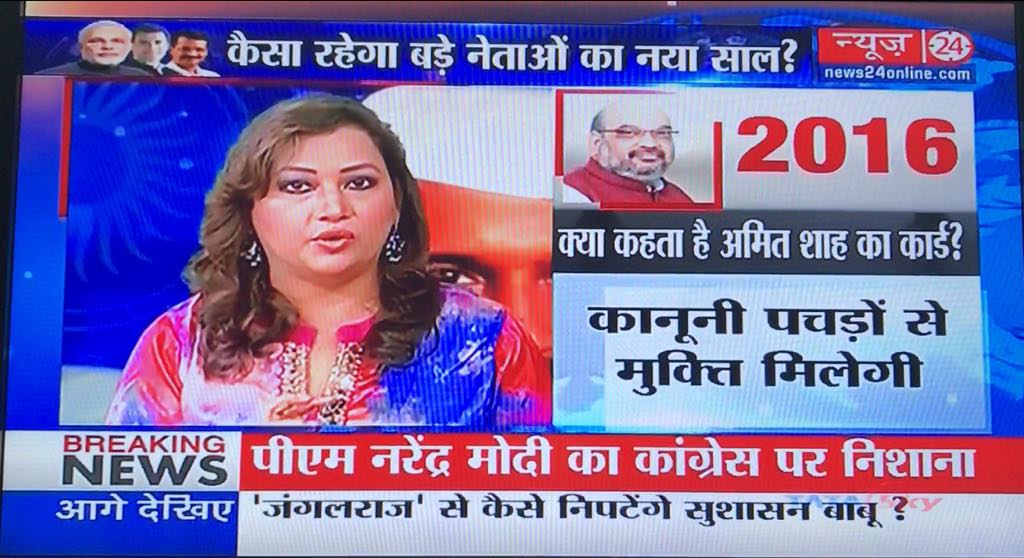 Generic forecast with remedies through Tarot Celtic cross reading : US $200.

( Celtic cross is a very powerful grid reading involving 10 cards and  gives a complete insight about the question, its past, present and future outcome , also answers whats, whys, hows , whens of the state of querent and provides remedial solutions for the desired changes required)

(The reading is done with seven cards and compatibility levels are checked in between the two partners in their present form and in the future too. Although every time cards are taken out for a particular question, the final guidance is provided only after repeatedly cross checking the cards again and again to check whether the match will bring in happiness for the querent and his/her partner)

( Tarot gives excellent inputs on long term and short term professional goals. There are different patterns of readings and grids that are used to check the long term impact and growth in one’s career, what the challenges that one might have to face are and who to overcome them. Also insights are provided on what all things to be cautious about so as to fulfill professional goals)

(Short term forecasts are very useful when one wants to check on the immediate circumstances and problems. The guidance works best if one is planning a change or jump in career. Tarot helps in bringing a lot of clarity on whether it will be good to join the chosen field especially if one has an interview lined up Tarot can really help in getting clarity on how to get the best of it. It also helps in which options to choose from and how professional reflections would be in the immediate future. )

( Tarot can work wonders in predicting any serious health ailments that one might face in the near future and what can be done best to avoid it. It also helps in working out the best means to evade the situation. It gives an insight on whether one should still have second opinions of other doctors before going for a surgery or which doctor or hospital will be more suitable to the energy vibration of the patient to get the best outcome.)

(The Tarot deck helps in understanding the prosperity graph of a person in a long term basis. It helps the person to rectify the hindrances as defined by the Tarot. The net result is extremely favourable and brings in a lot of abundance and prosperity in the querent’s long term life)

(Any short term financial decisions can be best defined through the Tarot readings. Whether it will be good to spend on a certain property or should one invest on Gold or take Govt. Bonds.. the reflections are a sure shot way to grow more in monetary strengths. It also helps in providing one insights on how financial status would be in immediate future and what can be done to improve it further.)

Any other forecast like education, foreign trips/settlements etc : US $200.

( Tarot is one of its kind highly evolved spiritual medium which helps in providing guidance for any problems that one might face in this world. It has its own powerful vibrations to get into the depth of the problem and also find solutions for the same.)

Healing through the Divine energies of Tarot ..

(Tarot is another powerful medium to create happiness and harmony in life. Tarot Angels have also been used in healing modalities where  Divine Energy Grids are created by their help to manifest peace, prosperity, good health , happiness, abundance and success in life..)